Well, it happened: I finally became curious enough about self-publishing to throw a story of mine up on the Kindles and see how it plays. "Some Kinds of Life" is a rewrite/expansion of a story I had published in a print anthology way back in 2005, a simpler time of LiveJournals and palm-sized cell phones. Here's the description: 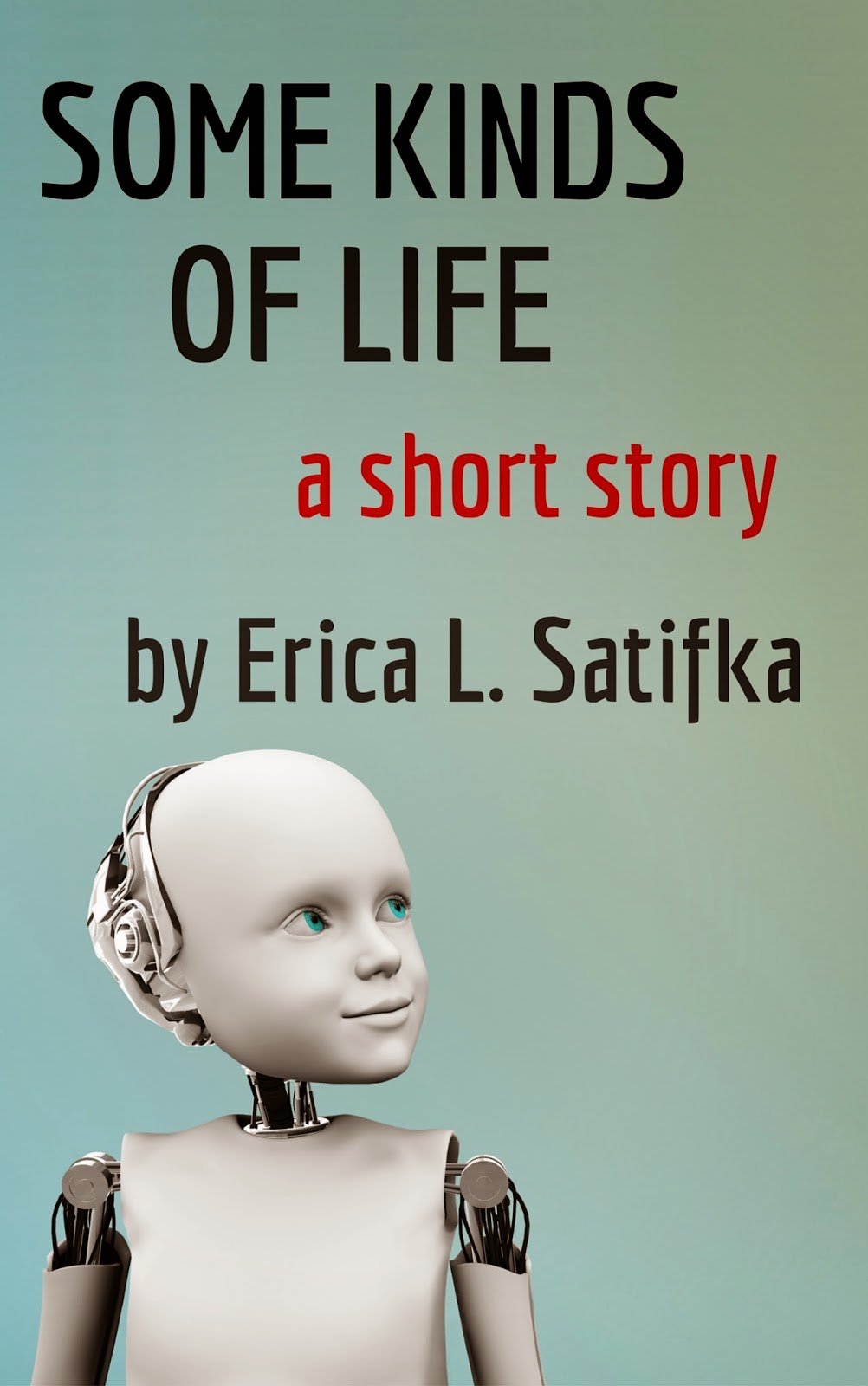 Sam sells children. Or close enough. After biological warfare ravages the planet, an organ dealer rebrands its product line by creating artificial offspring. But Sam's faltering career in sales stirs up unpleasant memories of the children he mothered and had to leave behind. "Some Kinds of Life" is a 4500-word short story about what's real, what isn't, and the things that really matter. An earlier version of this story appeared in the anthology Triangulation 2005 under the title "Wave of the Future."

This e-book includes the bonus story "Super-Parents Last All Childhood Long." When Caleb's girlfriend tells him that her parents were robots, is she lying? Or is the truth stranger than it seems? Originally appeared in Daily Science Fiction.


It's only on Amazon right now, and it will likely stay that way because I am far too lazy to port this to other e-book retailers. On the plus side, if you have Kindle Unlimited, you can read it for free and I still get paid in some kind of wacky Internet money. Either way, if you're looking for something weird and kinda depressing then this is something you can download for all your "weird and kinda depressing" fiction needs. I am a marketing genius, clearly.

(The title of this post is of course a reference to this. Semi-coincidentally, Rob and I are re-watching The Critic right now. If you remember the nineties, it totally holds up.)

P.S. Thanks to Annie Bellet for sourcing the cover image for me, since unlike zines, if you use a cover image you haven't paid for on an e-book, you're likely to be caught and sued. Isn't that crazy? No, wait, it's completely sane.
Posted by Erica L. Satifka at 8:00 AM