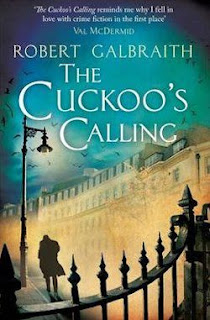 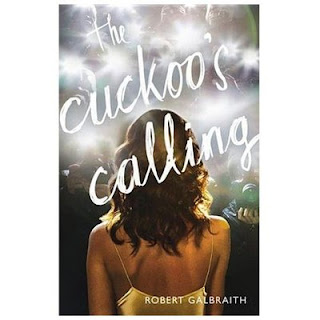 It sucks that books with women on the cover, with flowery cursive writing, aren't taken more seriously. But they just aren't. As it looks now, this cover is heavily coded female, and if it were a crime book by an unknown female writer, I would fully expect it to tank due to its insides not matching up with its outsides (probably?) and looking like the kind of book many people would be embarrassed to pick up. I have zero interest in self-publishing, but this kind of explains why some female writers choose to do it.
Posted by Erica L. Satifka at 8:07 PM 10 comments:

It's been a long time since I did this, but that's not for lack of good short stories, it's because I suck at updating my blog. So here's some stories I read recently and liked, maybe you will too, you know the drill.

Division of Labor by Benjamin Roy Lambert (Lightspeed): If you don't use it, you lose it, literally. In a world where overspecialization leads to a society of grotesqueries, our protagonist tries to keep as much of his true self as he can. Resist psychic death!

On Murder Island by Matt Williamson (Nightmare): You know how whenever people talk about prisons there's always some libertarian yahoo who says we should just put all the murderers on an island and let them sort each other out? That's what happens in "On Murder Island," and Williamson perfectly captures the psyche of a man born on the island, who grew up under relentless, routine violence. Also check out Williamson's short story "Sacrament" in the Brave New Worlds anthology, it's the first thing I read by him and it blew me the hell away.

You Are Watching by Ann Sterzinger (The Big Click): Dystopic SF story? Crime story? Does it matter? This story ruled. When all the world's a prison, you can always think back to the simple days of the twentieth century, where we only watched one television at a time. So help me job.

The Pelican Bar by Karen Joy Fowler (Eclipse Three, classic story): I was watching a panel at Readercon about genre definitions and someone brought up this story as an example of what you might call "slipstream" (it probably has another name by now, you know how it is). I was a little bored by the panel, and this story sounded interesting, so I looked it up on my phone and read it right there, because I'm the kind of asshole I am. What makes this story genius to me is the way it changes depending on whether or not you accept it as a science fiction story. It's a kind of technique I've been exploring in my own writing (P.S. sign up for Daily Science Fiction now to read my upcoming story! /self-promotion), and this story, with its overriding sense of strangeness, is just perfect slipstream/whatever. So yeah, reading all the Fowler now.

Email ThisBlogThis!Share to TwitterShare to FacebookShare to Pinterest
Labels: short fiction round up

So for the past 10-ish days Rob and I have been hanging out in New England generally, Boston specifically, and I have already decided that Boston is the greatest place in the world and I want to live there right now. Unfortunately, we won't be able to move there until 2014 at the earliest, but I am super stoked to see there is a place where people can talk about things other than traffic and parking. While I gear up to write the giant BOSTON RULES post, let's talk about Readercon, which is where I spent the last three days of our trip. It was awesome! This is only the fourth sci-fi (yes, I do call it sci-fi) con I've ever been to, and without a doubt it was the best due to its focus on books to the general exclusion of other forms of media. (Context also has more of a book focus as I recall, but I don't remember all that much about it overall. My memory for things that happened prior to around 2011 is seriously spotty as hell.)

Rob and I brought attention to ourselves by livetweeting several panels. I definitely found the panels much more in-depth and useful than previous panels I've witnessed; again, the focus on books helped, as well as the fact that the panels were quite diverse and/or evenly split by sex. (There WAS an incident with men passing over women in the audience early on, but it only happened once and after that I avoided dude-only panels.) What's funny is that it seemed nobody was really livetweeting at first, but after an hour or two more people started joining in. Thus begins and ends my entry into Internet trends. If you want to read some of the livetweets (by now that word has lost all meaning), go to my feed and scroll down. I don't tweet much. You can't miss them!

I also went to the Broad Universe reading and read part of my upcoming Daily Science Fiction story. Both exciting and nerve-wracking, as readings tend to be. (Psst, story email-drops on July 30th, pass it on.)

And on the last night there was hot tub and swimming pool aplenty. My one regret at Readercon is going to late night panels on the other two nights instead of going to the pool because I friggin' NEVER get to go to pools.

In addition to hanging out with some people from Secret Online Writing Club, I also met several authors and editors who I've known of or vaguely communicated with for years. If I try to list names it will come off sounding smarmy or I'll forget someone important, so I'll just say that if I spoke with you (yes, YOU!) this past weekend, it was a delight. I will absolutely be going to Readercon every year it's feasible.

We just stopped at the first hotel of the giant, ten-day-long New England Adventure, after a drive that wasn't nearly as terrible as long drives usually are. Our last semi-long trip, to Richmond, was practically unbearable. Then I realized that the reason why it didn't suck could be because we're heading north. That tells you all you need to know, really.

The ultimate destination of this trip is Readercon in Burlington, MA, which is like any other science fiction convention except that instead of a person dressed as the Fourth Doctor having a heated conversation about anime with someone dressed as the Seventh Doctor, it's actually about writing and authors and junk. Which means that this is a con made for me!

Tomorrow we go to Hartford, CT. And then to Boston, a city I expect to love. No updates every day, just when I feel like it.